EVER HEARD OF AUDIO WIRE RECORDING? 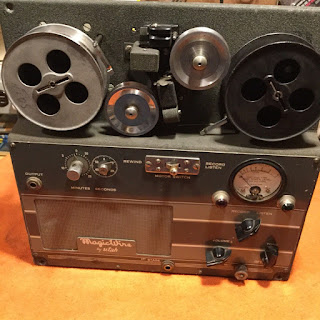 SO WHAT IS WIRE RECORDING?

The first crude recorder was invented in 1898 by Danish inventor Valdemar Poulsen.  With the first magnetic audio recorder to be made commercially available anywhere was The Telegraphone, which was manufactured by the American Telegraphone Company in Springfield Massachusetts.

HOW DOES IT WORK? 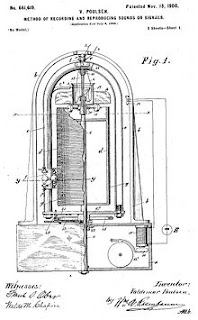 The wire is pulled rapidly across a recording head which magnetises each point along the wire in accordance with the intensity and polarity of the electrical audio signal being supplied to the recording head at that instant.

By later drawing the wire across the same or similar head whilst the head is not being supplied with an electrical signal, the varying magnetic field induces a varying electric current in the head recreating the original signal at a reduced level.

WHAT REPLACED THE WIRE RECORDER?