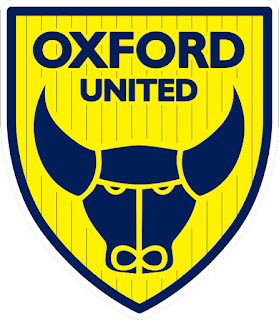 Our archive department has been busy working on Oxford United Football Club's archive of photographs.

Our archive suite ensures to carefully handle the photographic historical items by their edges to avoid damage from fingerprints.

Air blowers are used to remove dust and a lint-free wipe or cloth to clean the scanning bed before scanning. Our archive technicians wear cotton or latex gloves when handling historical items.

Dust on historical items and scanning beds can significantly reduce the quality of an archival image. Dust is most noticeable on small items that are greatly enlarged, such as slides. Dust is inevitable and can be reduced but not eliminated.

Many corporations and heritage companies have its share of photo albums and loose photographs, each containing important historical memories that span generations.  However, even the most well-kept archives can fade with time - and that's why so many companies are looking to our company to digitise their old photographs and collections. 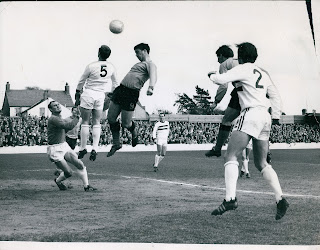 Oxford United started in 1893 as an amateur club called Headington, a village team known locally as "the boys from over the hill".

In 1911 Headington merged with neighbours Headington Quarry, the new club going under the name Headington United. The club moved from Junior to Senior football in 1921, joining the Oxfordshire Senior League.

After the Second World War United were still a tiny set up, joining in the Spartan League in 1947. But in 1949 the club was elected to the Southern League and became a semi-professional unit.

Harry Thompson was appointed manager and set about the task of transforming United into one of non-league's major forces.

Only a handful of Football League clubs had installed floodlights when Headington United proudly used theirs for the first time in December 1950 with a friendly against local side Banbury Spencer.By 1953 the side won the first of its Southern League Championships and in 1954 reached the Fourth Round of the FA Cup beating League clubs Millwall and Stockport County before losing 4-2 to Bolton Wanderers.

Ambitious ground improvements were undertaken at The Manor, with one of the most modern stands in the land for that era - The Beech Road Stand - being erected in anticipation of the day when League football would be seen at the ground.

The appointment of the former Birmingham City manager Arthur Turner as manager in January 1959 was another turning point in the club's history. And in 1960, to appeal to the whole city and increase national recognition, the club's name was changed to Oxford United.

Turner guided United to two more Southern League titles and when Accrington Stanley folded in 1962, Oxford United was elected to the Fourth Division of the Football League.

July 02, 2021
Audio Tape Digital Transfer Services. We are currently working on  a large order of Ampex 1/4" audio reels for a British national museum organisation, supporting their archives with tape baking and professional digitisation of their records. cheryl@oxfordduplicationcentre.com   01865 457000 standard cassettes  |  micro cassettes   |  8-tracks   |  vinyl records   |  1/4" reel to reel   |  cd ripping   |  1/4" pro reel to reel   |  dat audio tape  Our extensive and professional Audio Video department offers audio tape transfers in Oxfordshire, London, UK and Europe.  Based in Kidlington, just outside Oxford we can support our clients with orders from 1 tape to 1000’s. We convert all formats of audio tape into digital formats at the highest quality possible, offering .wav or .aiff files format at 44.1, 48, 96, or 192kHz at 16 or 24 bit. These .wav or .aiff files can then be played on any modern PC or Mac, and then be converted to mp3 or flac, or used for a remastering proj
Post a Comment
Read more

Onion Skin Archive Book Scanning - What is this and how do we process the pages?

April 19, 2021
CURRENT BOOK SCANNNING PROJECT.  We are currently working on a very large archive of old books that require HQ scanning to Archival TIFF images.  Once processed, these images will be prepared to PDF with OCR (optical character recognition) for a complete searchable output.   The difficulty in this order, is the books are prepared using a medium called Onion Skin Paper. Whilst we are very confident in preparing this type of medium, it is very important to be aware that there are risks with scanning, given the sometimes-fragile nature of the paper.   Tears and rips can occur, so a very gentle white glove approach is required. Equally, with the nature of onion skin, the paper is very translucent which requires a sheet of white paper to be placed under each page before scanning. This then grants a very good HQ image that we can work with.   WHAT IS ONION SKIN PAPER? Onion skin paper is a type of very light weight, almost translucent paper that somewhat resembles the outer skins
Post a Comment
Read more

October 10, 2021
Memories  are an important part of all our lives. Old letters, photographs, scrapbooks, slides and negatives, glass plates, cine film, audio-visual tapes and many other things help us to recall our past and the history of our family and communities. All of these things, however, are subject to decay and eventual destruction if they are not cared for properly.  Oxford Duplication Centre in Kidlington can support all our clients with digitisation of all consumers, corporate and heritage scanning and digitisation.  Please do email cheryl@oxfordduplicationcentre.com or contact us 01865 457000 to discuss your project. Letters, Diaries, Books and Documents.   Many families preserve letters, diaries, or other written documents in which family members discuss their life and times. World War II remembrances have led many families to look for a relative's carefully stored letters. Other families have saved newspaper clippings of important family events, such as the announcements of births, m
Post a Comment
Read more